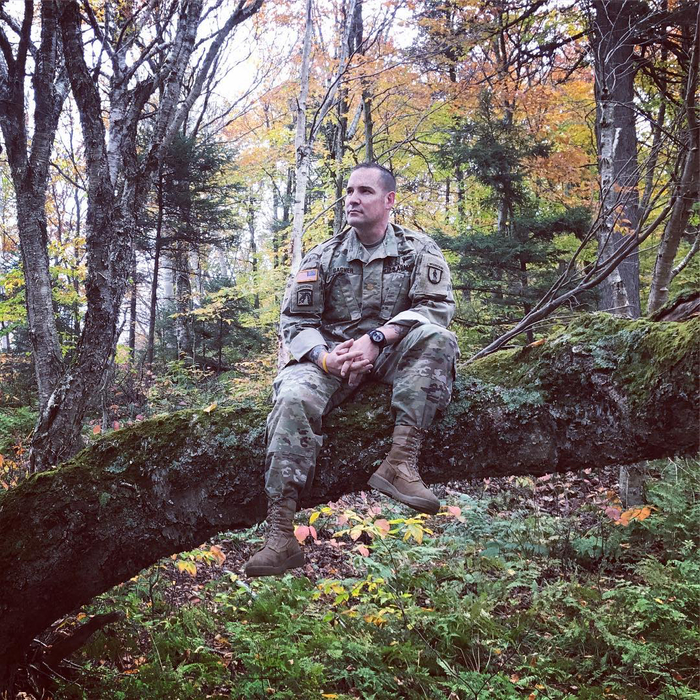 Major (MAJ) Steven Gagner, Infantry Officer in the Vermont Army National Guard, has built an accomplished, fulfilling life from the skills he’s gained, the lessons he’s learned, and the experiences he’s had while serving in the military. Those fundamentals gave him the tools he needed to succeed, and now he’s living his ultimate dream.

In 2010, while deployed in Afghanistan, he and a fellow Vermont Army National Guard Soldier came up with the idea to open a brewery back in Vermont. They wrote up plans in the back of a notebook, and when they arrived home, they took out a loan – that’s when 14th Star Brewing Company was born.

After the success of 14th Star, MAJ Gagner and two fellow Soldiers opened a whiskey distillery called Danger Close Craft Distilling, with one goal in mind: to make a big impact on veterans. Future sales of Danger Close’s bourbon and whiskey raise money for non-profits and brings veterans to Vermont, at no cost, to teach them all about business, and how their skills from the military can translate directly to their civilian lives.

Because of these feats, MAJ Gagner was named Small Business Person of the Year for the State of Vermont this past June and the Military Times’ inaugural Entrepreneur of the Year in 2017.

Along with running two successful businesses, MAJ Gagner is now the battalion commander of the Army Mountain Warfare School in Vermont, which teaches Soldiers survivability, lethality, and mobility in extreme climatic environments. Training 1,000 Soldiers a year in the rain, snow, and mountains, the school focuses on basic and advanced mountaineering, advanced medical evacuations, and high-angle shooting.

MAJ Gagner’s decision to join the military stems from growing up in a patriotic family with a father who served in the military for 36 years, and his desire to serve his country. He enlisted in the Army National Guard in 1996 while attending Norwich University, and has been serving ever since.

“It just seemed like a hand-in-glove fit,” he recalls.

MAJ Gagner’s military journey spans decades and has led him down many different career paths within the National Guard.

“I have the weirdest career ever,” he jokes.

For the first eight years of his service, he worked in aviation, both in the Guard and active duty, serving in Korea and Alabama. Once he was off active duty, he went back to college. After graduation was when his career touched many facets of the Guard, including Armor, Quartermaster, Logistics, and Infantry. Fifteen years and four branches later, he is now a decorated Infantry officer in the Vermont Army National Guard.

“I love Vermont Guardsmen,” he says. “There’s just something about the Vermont Guard. The Soldiers are really terrific, professional, and we’re a family. It’s pretty cool to be in such a close-knit, patriotic state.”

Using his Guard benefits, MAJ Gagner purchased a house using the VA Home Loan, used tuition assistance while attending college, and was able to transfer his Post-9/11 education benefits to his two children, taking the burden of college debt off their shoulders.

“I’ve had such amazing experiences,” he says.

MAJ Gagner has dedicated so much of his time to helping others, not only with his businesses, but through his service as well. While deployed in Iraq, he was involved in a handful of public works projects. During his second deployment in Afghanistan, he was part of a patrol team that kept the civilians of Bagram safe from rockets. In 2011, he toured Vermont with his fellow guardsmen and helped victims of Hurricane Irene.

“It was so wonderful and fulfilling to do things that other people needed.”

MAJ Gagner is a firm believer in going for what you want and never asking, “what if?” Joining the military ultimately led him to becoming a businessman, and he couldn’t be anymore grateful.

If you’ve got passion, drive, and the desire to be a part of something big, join the Army National Guard. With more than 130 careers in fields like engineering, technology, and intelligence, you’ll be able to serve your community, country, and State while having the time to pursue your passions! Browse open opportunities on the job board today and contact a recruiter to learn more.