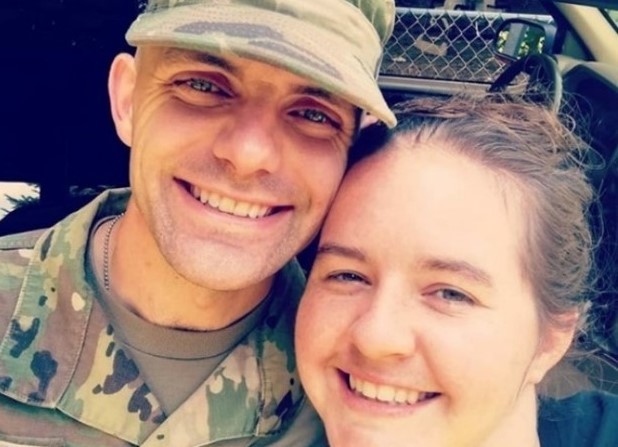 Ever since he was a child, SPC Jonathan Mullins wanted to be a GI Joe.

“I always wanted to be just like the Soldiers in the movies.”

But sometimes life takes unexpected turns. At 19, SPC Mullins was sitting in a Marine Corps recruitment office, waiting to sign his enlistment papers when he got a call that his wife was expecting their first child.

He put his dream on the back-burner and jumped into his new role as a father, taking care of his wife and first-born daughter.

It wasn’t until the day that SPC Mullins’ fates aligned that he knew where he belonged. He was working in construction and didn’t have health benefits when he fell off a roof at work. Luckily, he wasn't hurt badly. The same day, he blew a tire and found himself sitting in the parking lot of a Virginia Army National Guard Recruiting and Retention office. Ironically, his wife’s cousin was once a colonel in that office. He took this as a sign that it was time to pursue his dream.  He immediately called the colonel and asked her what he needed to do to enlist.

At that point, SPC Mullins was a 30-year-old homeowner and father of three. Joining the Army National Guard rather than an active duty branch of the armed services would allow him to serve in the military without having to move his family away from home.

“I didn’t want to uproot them because we had everything right here; I didn’t want to take them away from that,” he says. “The best part about being in the Guard is that you still get to come home.”

Now 32, he’s been able to live out his dream as an 11B Infantryman – but that’s not all he wanted to be. After enlisting, he started applying to law enforcement agencies in the area, landing the other job he’d always wanted:  police officer. For SPC Mullins, having the flexibility to serve part-time and have a civilian career at the same time has been one of the most rewarding benefits of joining the Guard.

There are other perks, too. He’s now able to provide health insurance for him and his family. He’s also using the Guard’s education benefits to work toward a degree in ministry, which will help him when he plans on reclassing as a 56M Chaplain Assistant in the future.

“I’ve worked through the ministry for quite some time, since I was 21,” he says, “and I really feel like that’s where I’m being led.”

For SPC Mullins, it’s all about making his family proud and being able to do the things he loves. His Guard experience has fulfilled him in ways he never thought possible. He dropped out of high school at a young age, went back to get his GED, and thought he would join the workforce, following wherever the dollar led him.

Now he has a new outlook: “Work hard and don’t give up.”

He reminisces about the strongest piece of advice he’d received from a drill sergeant when things seemed tough in the beginning of his Guard journey:

“If you feel like giving up, you’re only giving 40 percent. You’ve still got 60 percent left to give, so you’ve got to dig deep and give that 60 percent.”

SPC Mullins passes that advice on to others with the hopes of inspiring them to live their truths and pursue their passions.

“If it’s your dream, and it’s something you’ve always wanted to do, pursue it and live that dream.”

If you’re looking for a fulfilling career with benefits like tuition assistance, insurance for you and your family, and the ability to serve part-time in your home State, check out the National Guard job board. With more than 130 careers in fields like aviation, engineering, and transportation, there’s something for everyone in all walks of life. Contact a recruiter today to learn more about how you can join the Army National Guard.