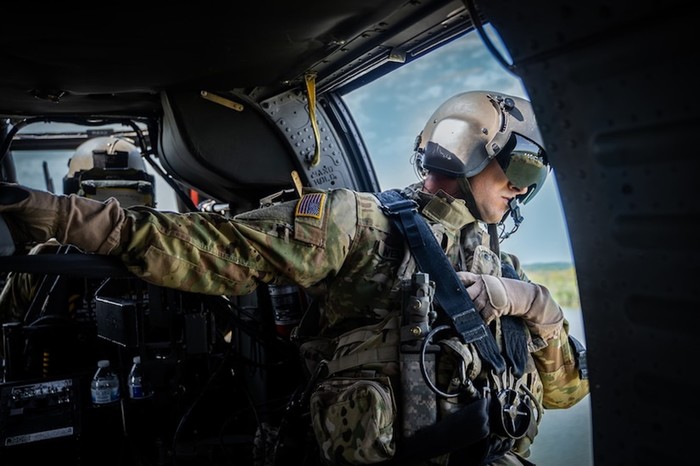 “It’s critical that we all train together,” says Lieutenant Colonel (LTC) Jay Jackson, the military liaison for TEMA. “Doing this with people you’ve never met would be dangerous during a real-world emergency, especially in hazardous conditions. That’s not when we should be working together for the first time."

During the training event, the Tennessee National Guard helicopter crew lowered a Nashville Fire Department diver into the lake by hoist. The diver swam to the victims, provided aid, and readied them for rescue. Strapping the victims to the rescue strop, the divers hooked themselves to the rescue cable and were hoisted out of the water into the hovering helicopter. The crew simulated first aid as the survivors were airlifted to the nearest hospital.

“These exercises allow us to streamline the process and strengthen the relationships between the Tennessee National Guard and our State and local partners,” says LTC Jackson. “It is all meant to ensure that we are ready to respond to emergencies and protect our fellow citizens. Some of these maneuvers can be dangerous, especially during inclement weather, and we need to be ready.”

This year’s exercise included an additional element: an unmanned aerial systems team from StormPoint Emergency Response who provided a live feed of the training to the state operations center. Additionally, the team completed a mission delivering life vests to the simulated drowning victims before the HART teams arrival.

“Our job during this training exercise was to provide situational awareness for the water rescue exercise,” says Russell Bradshaw, StormPoint Emergency Response executive director. “We were able to use the drone to locate the victims and provide coordinates and information for the inbound rescue team.”

This new capability enhances the Tennessee National Guard’s ability, along with local and State partners, to rapidly respond to numerous situations, including difficult-to-reach accident sites and major natural disasters.

The HART team has already completed a successful mission. In October 2020, an injured hiker in North Carolina was successfully hoisted and transported safely to the nearest hospital.

The Army National Guard gives you the opportunity to pursue a civilian career while serving part-time in your home State, so your family is always close by. With positions in more than 130 career fields, including admin and relations, intelligence and aviation, you can find your perfect fit. Check out the job board for more information on available careers, and contact a local recruiter to learn more.

From an original article by Capt. Kealy Moriarty, Tennessee National Guard, which appeared in the news section of nationalguard.mil on April 12, 2021.